COMPETITION BACKGROUND
The contemporary urban landscape relies largely on the creation and regeneration of public spaces, which then reflect on the beauty of cities. The identity of urban spaces is created through infrastructures, sculptures, buildings, land, vegetation and any element that is capable of representing the essence of place and culture. Pleasant and comfortable urban ecological environment and interesting urban public spaces have undoubtedly become one of the main driving forces of urban development.

Suqian, situated in North Jiangsu Province, is part of Yangtze Delta economic circle, and at the cross radiation zone of east Longhai industrial zone, the coastal economic belt and the economic belt along Yangtze River. Suqian, as one of the most dynamic cities in east China, possesses great natural conditions and potentiality. Since ancient times, Suqian had the topographical privileges of lying between Shandong Province and the South China, between the Yangtze River and the Yellow River, and between the two capitals (Beijing and Nanjing). Although having a long history, Suqian is the youngest prefecture level city in Jiangsu Province, with a booming developmental trend.

The selected sites, the Shanshui Green Corridor and NaTian Flower arm, are located on the Axis between the Luoma Lake and the NaTian Flower Farm in Suqian. The prime location is a great opportunity for designers to imagine the city of the future based in ecological principles. Suqian as many Chinese cities are facing a new era for their development base in the idea of urban regeneration, landscape preservation and sustainable development. The site is a unique landscape that every year manifest the beauty of nature with their impressive colors and the biodiversity explosion. And that’s why rethinking how the city can extended the benefits of the beauty of that phenomena in time, and to integrate all the natural cycles in their urban life is a challenge from which many cities can learn.

SHARED STARTUP PAVILION FOR THE CITY OF SUQIAN
China is a hub for global manufacturing, and one of the largest manufacturing economies in the world. In the city of Suqian the economy is knowledge-based, this means that the reliance on intellectual capabilities is greater than on the physical input or natural resources. Qiangdong Liu, born and raised in Suqian, is the founder of ‘JD.com INC’ and an example of this intellectual capability; the multinational is an online sales company and operates from approximately 210 warehouses over 50 cities.

A pavilion for start-up companies takes note of the economic position of Suqian within this Chinese context. Our design is shaped by its circular character, resembling the ‘Lean start-up method’. The central hypothesis of this method is that if start-up companies invest their time into building products of services to meet the needs of early customers. By shifting between the building, making and testing process over and over again, they can reduce that market risks and sidestep the need for large amounts of initial project funding and expensive product launches and failures.

The circular plinth and roof bind three different architectural archetypes (the tower, the stand, the rooms). Due to a strong architectural expression of each archetype, and how they connect to other elements, the pavilion is both coherent and diverse in its design. The precise positioning in the green corridor of Suqian, results in a natural relationship with the surrounding infrastructure, giving the pavilion its open and public character.

The combination of urban purpose of the intervention, and the open relationship to its surroundings, makes the pavilion not an open space, but a shared space. This bottom-up philosophy shows the sustainable character that comes with this, providing both working space for start-up companies and leisure space for the local community. This increases the quality of life on several levels besides to the potential for cross pollination of ideas.

In addition to the fact that development of the design is based on this sustainable philosophy, and that the design promotes the contemporary way of economic production in the city of Suqian, the artificial trees collect the rainwater coming down on the pavilion for later use. As a result, the trees, besides the symbolic value they already have in Chinese culture, also have a functional purpose.

Have a look at our submission posters! 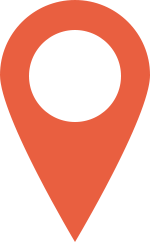